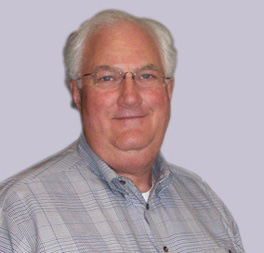 Dr. Obersteadt became interested in chiropractic after suffering neck, shoulder, and arm pain for more than a year; pain so intense that he had to sleep sitting up in a chair. At that time he was in a US Army Reserve Hospital Unit in St. Louis and had access to excellent medical care. Unfortunately, or maybe fortunately in the scheme of his career, that care was not helping his condition. After moving to Omaha, his condition became worse. His wife Mary suggested that he try chiropractic. He was very reluctant but knew surgery looked like his only option. So, he decided to follow her wishes and the outcome, in his words, was “unbelievable”. He was able to sleep all night after two weeks and able to play golf and softball again after six weeks.

Dr. Obersteadt has been practicing natural health care in West Nashville since April 1977. He received his Doctor of Chiropractic from Logan Chiropractic College in St. Louis, Missouri in December of 1976. He then completed over 300 hours of post graduate classes and study, earning the title Diplomate of the International College of Applied Kinesiology in May of 1984. He is one of 47 teaching diplomates in the USA and the only teaching diplomate in the southeast excluding Florida. He has taught AK as a post-graduate course for Logan Chiropractic College from 1984 to the present and Texas Chiropractic College from 1984 through 1988. Other accomplishments include: Qualified Chiropractic Orthopedist, Fellow International Academy of Clinical Acupuncture, certified Chiropractic Nutritional Specialist, certified in Acupuncture, first doctor in Tennessee to do EAV (electrical dermal testing), Auricular therapy for pain control and addictions, and last but not least, Cold Laser Therapy for pain control. Based upon his dedication and his interest in the cause of his patients’ symptoms and using natural remedies and/or techniques that will correct or improve their health, patients have traveled from as far west as western Canada, from the northeast, and as far as the Florida Keys to seek treatment.

*Chiropractor of the Year 1983

*Chiropractor of the Year Middle Tennessee 1981

*Appointed to the Tennessee Board of Chiropractic Examiners by the Governor 1996-2002.

*Secretary of the International College of Applied Kinesiology 1986-1988.

*Member of the Board of Standards International College of Applied Kinesiology 2004- Present.